A Passion for Justice. A History of Activism.

A Passion for Justice. A History of Activism.

We present an interview with Israel S. Chávez, the Anna, Age Eight Institute’s newest regional manager, who is focused on strengthening services and collaboration among 100% New Mexico county initiatives.

Question: The mission of the Anna, Age Eight Institute is to prevent childhood trauma and social adversity by ensuring all families have access to vital services. What attracted you to this groundbreaking project?

Israel S. Chávez: I was attracted to Anna, Age Eight Institute because it takes an incredibly innovative approach to addressing the problem of adverse childhood experiences. For many in our communities, the challenges of growing up in a rural, low-income community are a part of daily life. For the first time, this organization is proposing a revolutionary method by which we can improve the lives of children in my state.

Question: What skill sets do you bring to the Institute and to our local initiative partners and change agents?

Israel S. Chávez: I believe I bring a unique set of skills to this movement because I began my career as an activist and am now licensed to practice law. I have had the privilege of representing my community and my state as a government agency attorney and have served as a local prosecutor, utilizing innovative approaches to sentencing and probation. I have witnessed how government systems can be a boon or a hindrance based on the philosophy of those involved. What I bring to the Institute is an intersection of attorney and activist, where my intimate understanding of law and government complement my work as an activist in changing government habits and practices. My expertise in government reform allows me to pull back the curtain on what our government can and cannot do. I am excited to put to the test my skills as a government reformer, together with the vision of the Institute.

Question: How can your expertise in law, with a background as a lawyer, help the movement to ensure the rights of kids to thrive?

Israel S. Chávez: My focus has always been on the improvement of government systems, both as an attorney and an activist. As an Assistant District Attorney, I worked to incorporate healthcare enrollment into plea agreements and ensured that those charged with crimes were required to seek the services they were so desperately needing. As a labor enforcement attorney, I worked to ensure workers were protected from risky business practices and that the system was always working to better serve New Mexicans. As an in-house counsel for one of New Mexico’s largest counties, I worked to advise large agencies on improving systems serving the communities. However, as an attorney, we are trained not to sway policy. Rather we are tasked with focusing narrowly on the legality of our client’s proposed policy. Now, with the institute, I see this as a culmination of my activist and attorney background, where I am able to both evaluate the legal efficacy of a proposed policy and also be a part of crafting a proposed policy. I am excited about what is possible when this combination of experiences is put to work for the improvement of the lives of children in my state.

Israel S. Chávez: I grew up in an historic colonia in southern New Mexico. Generally, HUD and USDA Rural Development both define colonias as rural communities within the US-Mexico border region that lack adequate water, sewer, or decent housing, or a combination of all three. In New Mexico, there are roughly 150 colonias, facing some or all of the struggles mentioned, which result in deep and lasting traumas for children and families. I watched as these struggles took a toll on friends and family. I was lucky to have parents who were able to shield us from these struggles. Today, in my volunteer work I organize colonias and low-income communities to understand how to fight for the resources they need and serve as a leading voice on the struggle of colonias. As a prosecutor, I saw first-hand how child abuse, substance abuse, and violent crimes impacted families in our communities. I worked hard to use every tool at my disposal to rebuild families, to give them resources needed to end the cycle of violence and trauma. I have seen childhood trauma impact families and communities, up close and personally.

Question: What are the strengths you see in New Mexico and their capacity to address disruptions to healthcare, schools, jobs and vital services?

Israel S. Chávez: New Mexico’s strengths are drawn from its diversity and from the historic adversity its people have faced. For nearly five centuries, indigenous communities have faced historically poor treatment, and survived through their collective power. As a law student, I studied traditional forms of Native American law and helped me understand how a collective society can work to address issues affecting the most vulnerable members of society. This experience helped me better understand the untold histories of New Mexico, rooted in a strong collectivism. New Mexicans are generally strong proponents of lifting up our neighbors, without judgment or scrutiny of their situation. Historically, New Mexico officials have proposed innovative legislation and that is due to our willingness to experiment. From the original medicaid/medicare bill originally proposed by NM Senator Clinton Anderson in 1961, to the Civil Rights Act predecessor, introduced by NM Senator Dennis Chavez in 1944, New Mexicans are ready and willing to innovatively take on difficult issues statewide and nationally. New Mexicans never shy away from having hard conversations or leading the nation on what is the best course for our struggling communities.

Question: Ensuring vital services means working with ten different service sectors, from medical care to job training to early childhood learning programs. How do you promote capacity-building across agencies in a county?

Israel S. Chávez: Nearly every service-oriented agency suffers from underfunding and lack of capacity. It is never helpful to try and get organizations to do more with less because, not only is it often impossible, but it can erode morale. This can often result in short-term increased productivity, but over the long-term it results in decreased employee retention, decreased productivity, and loss of institutional knowledge. In order to promote capacity-building, you have to help agencies and organizations better understand that they cannot operate alone, in a silo. By creating an environment where organizations feel empowered to work together, pooling their capacities, you help address the gaps in service for those who need it most.

Question: Sometimes local organizations have concerns about funding and compete with other agencies that should be partners. What is your approach to building collaboration?

Israel S. Chávez: Ultimately, the feeling of competition among organizations is about intrinsic culture. If the pandemic has taught us anything, it is that we cannot operate in silos. Those organizations that have taken up the cause of collaborative leadership have found blossoming and successful partnerships and those who have been unwilling to work together have struggled. In order to build collaboration, I believe it requires both a process of building trust among organizations and also a willingness to openly discuss the zero-sum culture that grants and other nonprofit funding sources have created. I believe that by naming these challenges and being open about vulnerabilities, organizations can more clearly see how a collaborative model empowers them to have a higher impact.

Question: What fuels your commitment to equality and justice?

Israel S. Chávez: I grew up in a community where people believed there were more lost causes than hopes and dreams. My family was never politically connected, and never believed that voting or politicians or government had any impact on their lives. My family always resolved to focus on working hard to carve out something for themselves. My paternal grandfather was a brazero worker, who was subjected to inhumane conditions and who was liberated by the work of Dolores Huerta and Cesar Chávez. In one generation, my grandfather was able to see me go to college and knew that I would soon ascend to a career in law. As an activist, I fought alongside legendary leaders for a better community and often won. I not only saw the needle move, but was a part of real, lasting, and systemic change. It is in that belief that I continually recommit myself to the fight for equality and justice. 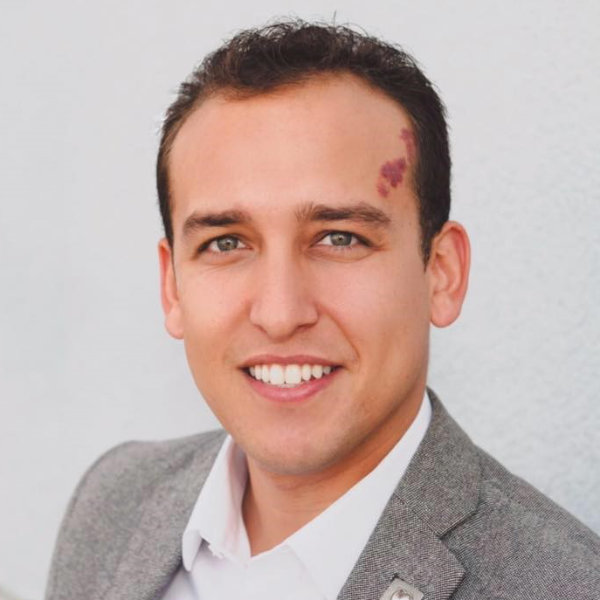 Israel is a New Mexico activist and attorney who was born and raised in the Village of Doña Ana, an historic Colonia in southern New Mexico. He has worked on a broad range issues at the local, state and federal levels. Before attending the University of New Mexico School of Law, Israel was the Development and Policy Director of Equality New Mexico, at the time the State’s largest LGBTQ civil rights organization.

With EQNM, Israel was instrumental in the passage of anti-bullying legislation, conversion therapy ban and many regulatory changes that improved the lives of LGBTQ New Mexicans. During law school, Israel served as chair of the City of Albuquerque Transit Board and introduced the first resolution support zero fares, which was adopted by the City in 2021, making all transit fare-free in the City. As an attorney, Israel focused on government reform and criminal justice reform — serving as a labor prosecutor protecting workers’ rights, an assistant district attorney and assistant county attorney. As assistant county attorney, he advised large county departments on policy and guided government entities as they sought to improve public service. Israel is committed to New Mexico’s future and works everyday to improve the lives of the most vulnerable in our state. Email: izchavez@nmsu.edu
More

Cappello is a New York Times bestselling author and TEDx Conference curator with decades of experience advocating for health, safety and education. He has a Master of Arts in Liberal studies with an emphasis on Language and Communication from Regis University. He worked for the New Mexico Department of Health Epidemiology and Response Division and the New Mexico Child Protective Services Research, Assessment and Data Bureau, where he co-developed the Data Leader for Child Welfare program, which he implemented in New York City, Connecticut and New Mexico.

Cappello is the creator of the Ten Talks book series on family safety that gained a national audience when he discussed his work on the Oprah Winfrey Show. He is also the co-author of Anna, Age Eight: The data-driven prevention of childhood trauma and maltreatment, which served as a catalyst for the development of the Anna, Age Eight Institute in Santa Fe, New Mexico, where he serves as co-director. Cappello and Dr. Ortega Courtney wrote the follow-up book 100% Community to guide local leadership in every county in their work designing trauma-free and truly family-friendly cities and towns. Email: cappello@nmsu.edu
More

Was this article helpful?
YesNo
Evaluating 100% (the Important Details Version) If Only Our Communities’ Problems Had an Edit Button

So Thankful We Can Unite to Heal, Help, and Inspire

Let’s stop and ask, where Is New Mexico Going?